This film is presented in the framework of the first 2018 film series of the Cultural Services of the French Embassy: “Comics Screens”.

Adapted from The Rabbi’s Cat by Joann Sfar.

Based on the best-selling graphic novel by Joann Sfar, The Rabbi’s Cat tells the story of a rabbi and his talking cat – a sharp-tongued feline philosopher brimming with scathing humor and a less than pure love for the rabbi’s voluptuous teenage daughter.

Algeria in the 1930s is an intersection of Jewish, Arab and French culture. A cat belonging to a widowed rabbi and his beautiful daughter, Zlabya, eats the family parrot and miraculously gains the ability to speak. Along with the power of speech comes unparalleled sardonic wit, and the cat – and filmmaker Sfar – spare no group or individual as they skewer faith, tradition and authority in a provocative exploration of (among other things) God, lust, death, phrenology, religious intolerance, interspecies love, and the search for truth.

Rich with the colors, textures, flavors and music of Mediterranean Africa, the film embarks on a cross continent adventure from the tiled terraces, fountains, quays and cafes of colonial Algiers to Maghrebi tent camps, dusty trading outposts, and deep blue Saharan nights in search of a lost Ethiopian city.

Joann Sfar is an award winning filmmaker (Gainsbourg) and one of France’s most celebrated comic artists.

Free admission. Online registration is required for this screening.

The film is recommended for a mature audience. 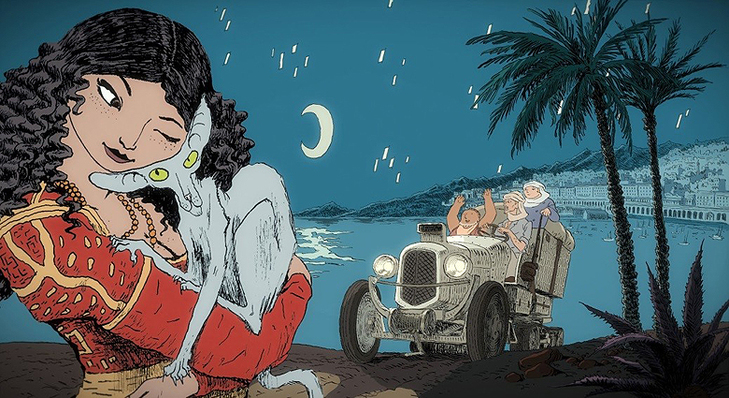